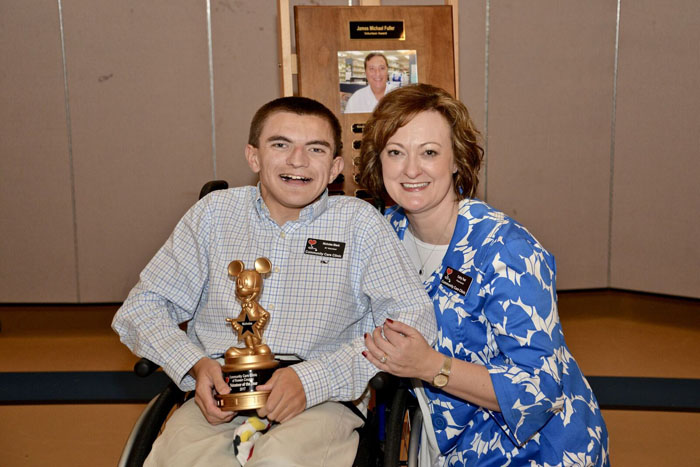 In 2016, the Community Care Clinic of Rowan County saw some astounding service numbers.

Some 2,200 medical visits were provided, as well as 1,300 dental visits. The organization also provided more than 20,000 prescriptions. In total, the services would have cost $4.5 million if billed according to standard insurance reimbursement rates. But the Community Care Clinic operates on a budget of just over $600,000 a year.

To honor the community partnerships, donors and volunteers that make its work possible, the clinic hosted its annual Community Thanks banquet Monday. Thanks was offered at Sacred Heart Catholic Church over a meal and with the presentation of two awards: Volunteer of the Year and Silent Angel Award. Nicholas Black, who volunteers at the clinic each week, was named Volunteer of the Year.

Black spends his Thursday afternoons packing diabetic supplies and dental extraction bags. He also folds brochures and, together with his class, helped pack more than 600 bags for this year’s Missions of Mercy dental clinic at West End Plaza. Black does all this work from within the confines of a wheelchair. He suffered a stroke before birth, leaving him with intellectual and developmental disabilities.

“He has never allowed his disability to define him, restrict him or label him,” said Cathy Teat, the clinic’s pharmacy manager. “He is a true example of overcoming all odds and obstacles.”

Receiving the Silent Angel Award was Dr. David Smith, who has been involved with the clinic for several decades. Smith started volunteering at the clinic in 1996, participating in nighttime clinics one to two times a year. After many years of private practice and later as chief medical officer for Novant Health Rowan Medical Center, he decided he wasn’t through with practicing medicine just yet.

Starting in 2011, Smith spent as many as 108 days a year at the clinic, offering his services free of charge to the medically underserved in Rowan County. He is set to retire in November.

“Without him, many patients who walk through the clinic doors may have gone without being seen,” said Emily Patterson, a second-year physician’s assistant student at Wake Forest University. Patterson served alongside Smith as part of the clinic’s gap year program. “Even a 15-minute office visit with Dr. Smith was a gift in and of itself.”

Jessica Juhaish, an obstetrician-gynecologist who also completed her gap year at Community Care Clinic, commented further. “He was a huge mentor and supportive of everything,” she said. “He showed us how to take care of a patient, and not just treat them with medications or diagnose them, but take care of them as a person.”